Your account is currently pending and is under review by our staff.
You've reached your limit. Upgrade to increase listings!

Growing Up With Photogrammetry

On a summer day during my childhood, my father came home on a bicycle with a big bag filled with several objects in bubble wrap. He told us that it was special packing material imported from Switzerland for precision instruments, and that inside was the most advanced stereoscopic plotter in the world, used to produce maps directly from aerial photos. I still remember the model - a WILD A10.

When I heard that 500,000 yuan was the price of this foreign equipment- my jaw dropped. In the 1980’s, the average salary in China was 50 yuan per month. The equipment was worth 10,000 times more than my fathers salary. At this time, the quality of life for the Chinese people was poor. My grandmother, an impressive woman, fed our family of eight breakfast with one egg and some fried rice. The price of this plotter made me think of how many eggs I could buy with 500,000 yuan. I became determined to educate myself about science and technology, and my father was my inspiration and role model.

My father was born in April 1945 in Xinzhou when Wuhan was still under Japanese occupation. He was very academic, and left home at 15 to study photogrammetry at the Wuhan Institute of Surveying and Mapping. He completed his degree before the cultural revolution when the school was abolished. Due to his excellent grades, he was assigned to work at the Nanjing Institute of Soil Science of the Chinese Academy of Sciences to perform scientific research.

My father was the backbone of Nanjing Institute of Soil Science. The aerial survey instruments that my father was working with were very expensive, advanced, and so precise that precision error was calculated in microns. My father would forget to eat or sleep while doing installations and learning from other professionals. He was hands on, diligent, and always accepted new work. Before long, he was an expert in his field. Both my brother and I have the abbreviation “Ning” in our names because of the time my father spent in Nanjing.

My father later returned to Wuhan after marrying my mother, and then worked for a state-owned enterprise in the geological and mining sector. During school holidays, my father always worried that I would get in trouble with my friends, so he often took me to his work. He taught me how to look through the binoculars on the Sony camera and see the stereoscopic images. He explained stereovision to me and tested me to see if I had good stereoscopic observation ability. He taught me about GPS, and showed me his PSK-2 precision stereo coordinate measuring instrument of Obotong OPTON from West Germany, Jena Zeiss’ Topocart from East Germany, and the A10 stereoplotter from WILD, which I played with often.

Because of my father's outstanding professional ability, he was invited to participate in an event to introduce Zeiss equipment into China. When he arrived at the Beijing Hotel there were soldiers standing guard at the door. Perhaps my father was underdressed, because a soldier stopped him and said "Comrade, please do not enter.” My father presented the invitation to the guards and they let him in. When he would tell me that story, he’d mutter “Treat Lao Tzu as a villager.” He worked so hard to get to where he was in this industry, he was not just some villager!! After the reunification of Germany, Jena Zeiss and OPTON merged together to form Zeiss. In 1998, WILD became part of Leica Holdings. I never expected these companies in my childhood to end up as industry competitors of mine business more than 20 years later!

My father’s reputation as an expert grew. He published in professional journals and was often asked by survey and mapping companies in Wuhan and across China for his technical services, which enabled him to supplement his income. The pinnacle of his career was the publication of his book, Precision Stereograph Maintenance and Inspection 200 Questions, published in 1991. He wrote this while recovering from surgery, with a goal to write one question a day. It was the culmination of all of his years of experience and expertise, and true achievement.

After that, an endless stream of people sought his expertise to repair their equipment. I was also starting to dip my toes into becoming an engineer by fixing radios and other small electronics. My father and I would often work together on repair. His career fixing aerial survey equipment began to slow and my career began to grow in the early 1990s as photogrammetry became increasingly digitized.

My Career in Photogrammetry

In 1997, at the age of 24, I worked on installing and maintaining the vx3000 aerial film scanner, the data input device for VirtuoZo, and all-digital photogrammetry system. Digital photogrammetry in China was on the rise, and my task was to learn this system to reduce need for foreign engineer support. The core challenge of all-digital photogrammetry was image matching and image recognition. Our VirtuoZo team was led by Professor Zhang Zuxun of Wuhan University of Surveying and Mapping. His system gained international recognition and began to compete globally. The competition was strong...  Leica,  Zeiss/Intergraph, MATCH-T, and other well-known international surveying and mapping companies providing end-to-end systems. I focused on the use and maintenance of mapping software and hardware, learning from the developers of VirtuoZo and Vexcel engineers. With Professor Zhang and my mentor, Mr. Wu, the VirtuoZo business thrived through the early 2000s as China joined the World Trade Organization and the Chinese government launched a significant project to map seven major river basins.

In July 2004, I attended the International Conference on Photogrammetry and Remote Sensing in Istanbul. I led a small delegation of 4 potential camera customers from Fujian and Shanxi, as well as my father, who had recently retired. This was his first time abroad, and I wanted him to see the latest development of aerial survey and remote sensing technology in the world. During the conference, I introduced my father to Franz Leberl, the founder of Vexcel and a legend of academia and business. We also met Dr. Michael Gruber, the inventor of the Ultracam camera. Both men became my mentors and we have formed a deep friendship over the years.

At age 33 I started my own business in China selling Vexcel's UCD, their first- generation digital photogrammetric camera model. At that time, Leica and Zeiss were well established in China, so breaking into the market was quite challenging. We won our first client in 2005, and spent the next several years researching and proving the value of Vexcel’s Ultracam series compared to Leica’s ADS40 and DMC camera.

How I got to start working with AERIALSURVEY.com

What drew me in about Pat was his humor and knowledge. We kept in touch throughout the years, and talked on holidays and special occasions. Pat not only is smart, funny and knowledgeable, he has one of the kindest hearts I have ever met. He has been a great friend over the past 15 years.

On January 23, 2020, the day before the Spring Festival in my hometown of Wuhan, the lockdown from COVID-19 began. As you know, Wuhan was the center of the outbreak. The hospitals became overloaded, people were getting sick, and one person we knew died. You can imagine how panicked we were. Pat sent an email, "Ningjun, can we send you canned foods or medicine or anything that can help you and your family?" This brief, but heartfelt email warmed me. We didn't have a shortage of food and didn't need any medication. What we needed more was moral support. I felt that we were not alone, that we still have a friend who cares from thousands of miles away!

“You will meet people who are thousands of miles away if it’s meant to be, otherwise you will never meet each other although you live just next door.” - Chinese Proverb

Fate brings people together no matter how far apart they may be. We met in China, Pat moved from Canada to the US, but we reconnected in Dublin, Ireland! In early 2022, Pat came to Ireland on business, and I had recently moved my wife and daughter to Dublin. I picked him up at the Dublin Airport and on the way to his hotel, he updated me on the latest developments in his career: the acquisition of aerialsurvey.com and the growth of the business in the EU and globally. In the days that followed, we agreed that I would join his team to source aerial survey equipment from Greater China to sell through aerialsurvey.com, and to lead sales in the EMEA and Asia Pacific regions.

The rest is history. I have been really enjoying working with AERIALSURVEY.com. Pat is not only a great friend, he is also a great boss. I have enjoyed meeting and working with the team. I never thought as a child, learning from my father how to be an engineer, that I would eventually live in Ireland working with a life-long friend selling aerial survey equipment of all sorts.

I hope the story of my journey from stereoscopic plotters in Wuhan to aerial survey equipment in Dublin was interesting to you. I would also like to remember and honor my late father, You Chuanjin （游传金）, with this article. Parents are our most loyal, reliable and long-term friends in the world, and my father was such a friend.

Reach out any time for questions regarding equipment here is a link to my Linked In page! I am looking forward to connecting. 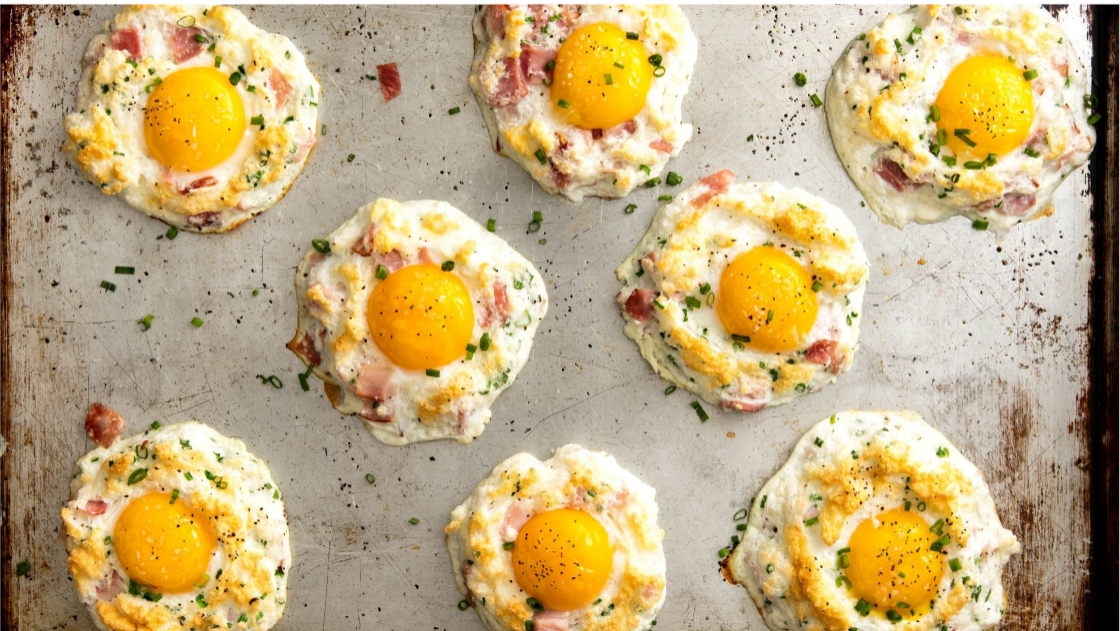 How to Invest in Sensors for Longevity
From Health Scare to Doubled Growth
From Pigeons to Planets - 10 Fun Facts in Geospatial History
Top 4 Things To Know When Buying Your First Lidar
It's About More Than Sales
Welcome NingJun You!
View All News
Thank you! Your submission has been received!
Oops! Something went wrong while submitting the form.